Day 9: Glory comes in many forms

The day started early: I woke up at 6 in the anticipation of what lay ahead and decided to get my kit together.

I considered leaving before breakfast but partly as I felt I’d used up a few of my nine lives crossing the national roads on the day before, and partly because I thought it would be good to walk into Santiago with my fellow pilgrim friends, I decided to wait and take on some fuel for the day at breakfast.

As our guesthouse was a few km from the start I worked out a route to rejoin it. What a joy to be on the road early enough to witness the sunrise and to share it with others.

We arrived at the half way point in good time. Monte Gozo – the Mount of Joy – so called as it’s the first point on the journey that the pilgrim sees the destination, the cathedral of Saint James.

We first went into the chapel of San Marco , not for the first time on the journey I felt a little like a knight of old laying his sword / trekking poles down in the pew next to him to pray for the battle that lay ahead. And with God’s grace, gosh what battles I’ve faced: the decision of elective heart surgery, going through with it and recovery and the bitter disappointment of not being considered at the right point for ordained ministry and now I was about to complete a 118 km journey through the hills of Northern Spain to the tomb of one of Jesus’s first followers.

Through it all: all the uncertainty , all the worry and fear and doubt, I have felt Christ’s light guiding, and that I have been held in love and prayer by family and friends. How fitting then that when I asked Maria where the votive candles were at the chapel she said, “I’ve already lit one for you, and for your journey ahead ”

And now I felt the pilgrim’s joy (I believe I said wow) as I spotted the impressive edifice of Santiago cathedral as I climbed the Mound to the stunning sculpture ahead of our final stage. 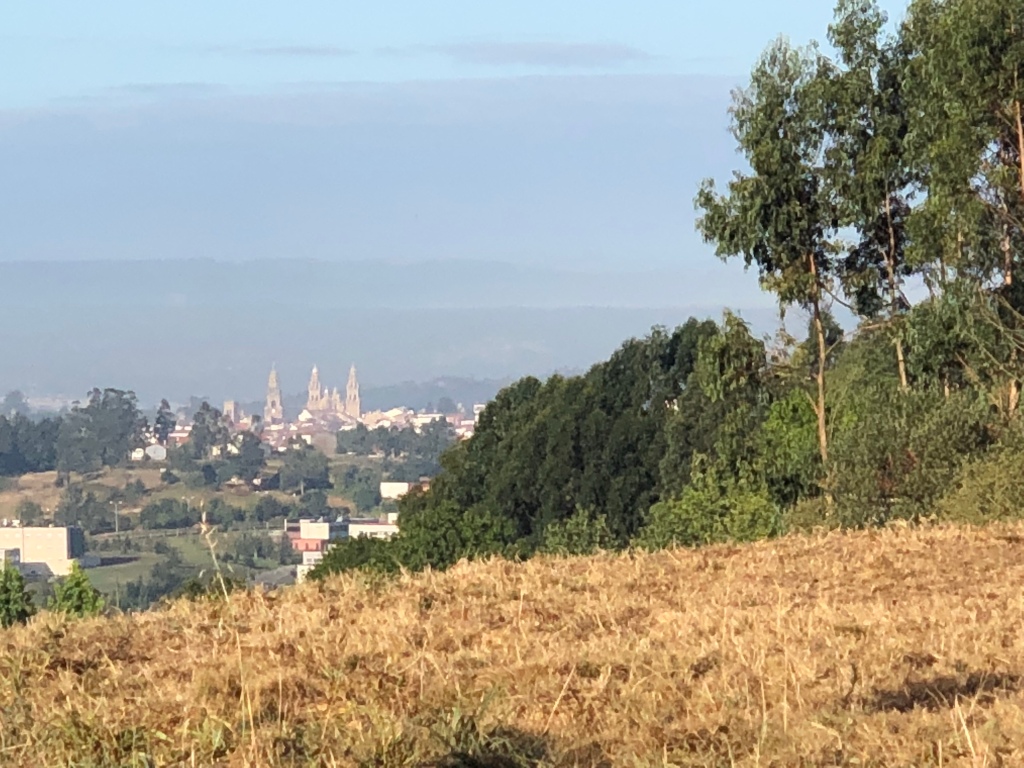 A few km later, as we entered the city I was reminded once again how difficult it was to be a pilgrim. Firstly, as I grew ever nearer the cathedral disappeared completely behind the last hill and only became visible again when we were mere hundreds of metres away.

Secondly, how out of place we looked in a regional capital, now that pilgrims were the minority, and the Camino signs themselves were much harder to discern amongst the Street furniture of the urban landscape and many of the locals looked on at us with a mixture of pity and irritation.

Nevertheless we found our way to the beautiful historical quarter and entered the archway into the famous Obradourio Square.

Whilst I did of course see the stunning cathedral, my eye was also drawn to one of those tourist “trains ” that was parked right against the buildings facade – I felt God’s sense of humour again…..

I also realised I was myself a tourist attraction when a visitor asked if she could take my photo. I guess I did look the part , with trekking poles, grizzly beard ( I will be trimming it ) and calves even bigger than when I started !

After an afternoon of queuing for a couple of hours for my certificate and chatting with fellow pilgrims and then the adventure of finding my hotels ( a little local difficulty involved relocating! ) I joined my friends for the evening Pilgrim’s Mass.

I’m not sure quite what I expected to find in the interior of the cathedral but I was honestly shocked by the towering gold and rather chilly looking angels.

I did indeed hug the apostle ,but felt much more emotion in the quiet of the small and blissfully relatively modest crypt. 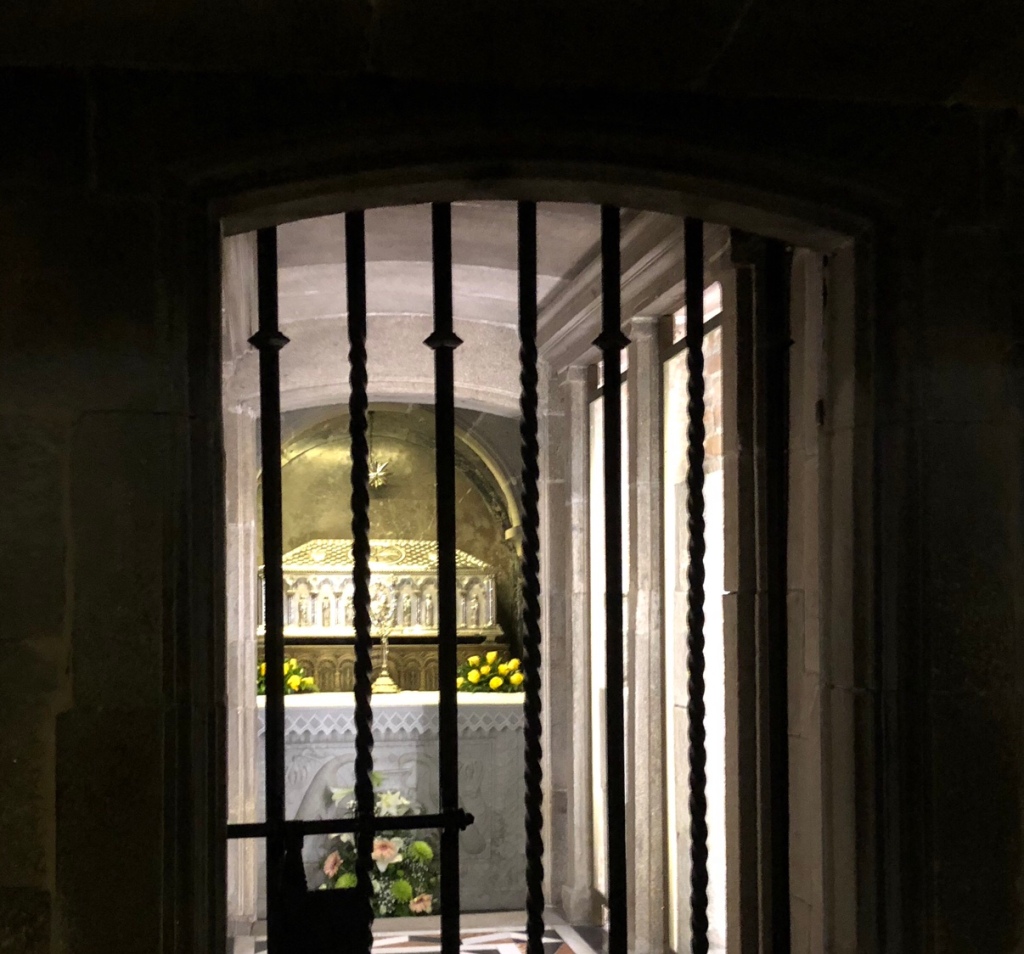 Again , with honesty, I felt somewhat saddened by the service and became visibly moved towards the end. Whilst I understand that it’s a Spanish cathedral, it is also the centre of an international pilgrimage. It was presented as a Pilgrims Mass and so it seemed strange to me to give an eloquent and passionate 20 minute sermon in a language ( and I don’t mean theology ! ) that half of the congregation didn’t understand. I’m sure it would be possible to at least provide a precise if not a complete translation. My point was made all the more poignant when my Spanish speaking friends explained to me afterwards that his whole homily was about the importance of approaching God in his humanity as well as his divinity…..

I was also saddened that the only times I heard English in the service was to tell us not to take any photos and only Catholics in good grace with God we’re to receive communion.

I felt in that service I witnessed all that is currently wrong with the wider church.

God I’ve found on the journey of faith is always one of surprises. I certainly wasn’t expecting to find the beauty of the Camino simply in the beauty of the countryside and the love and faith of those I met along and travelled with on the path.

I suppose He is reminding me that the destination never was a physical place, but a deeper understanding and peace with ourselves and Him and with healed hearts to be better or less imperfect ministers of His love & grace as we journey forward. 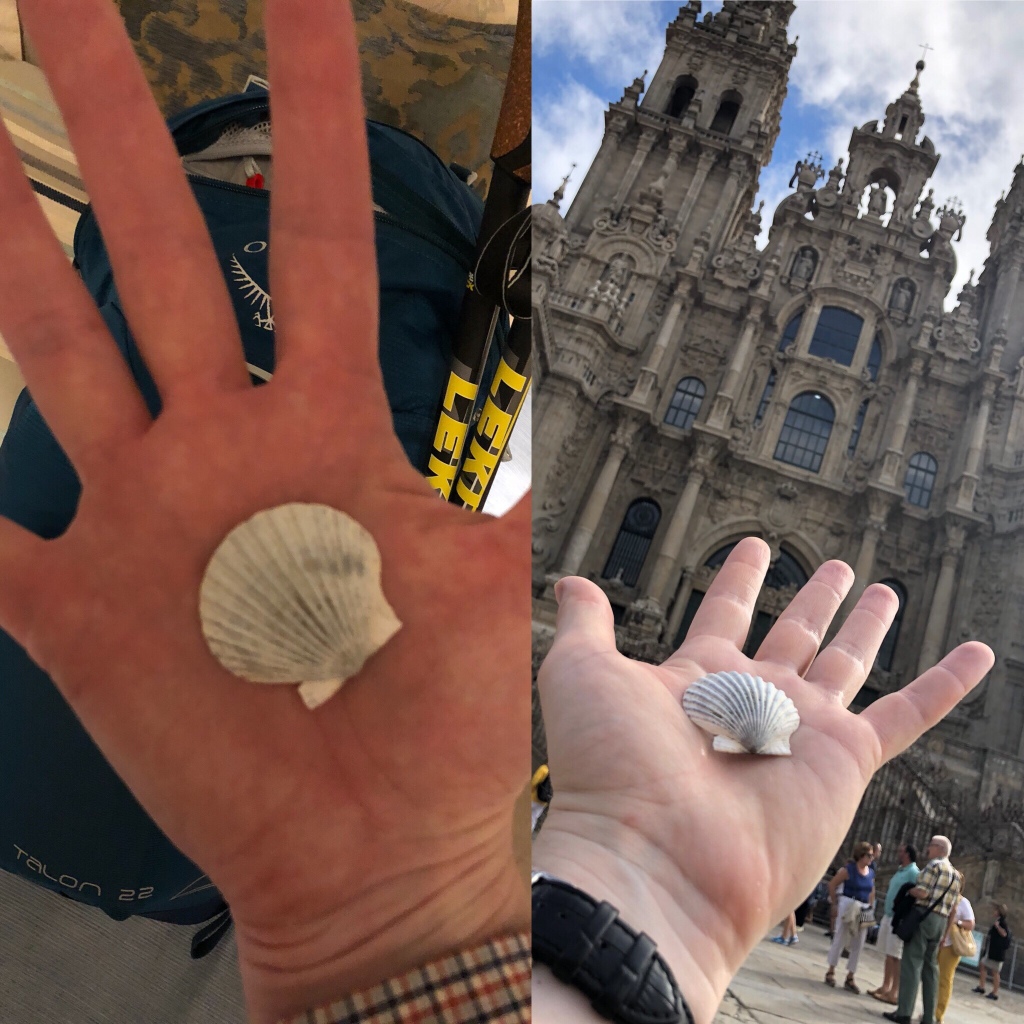 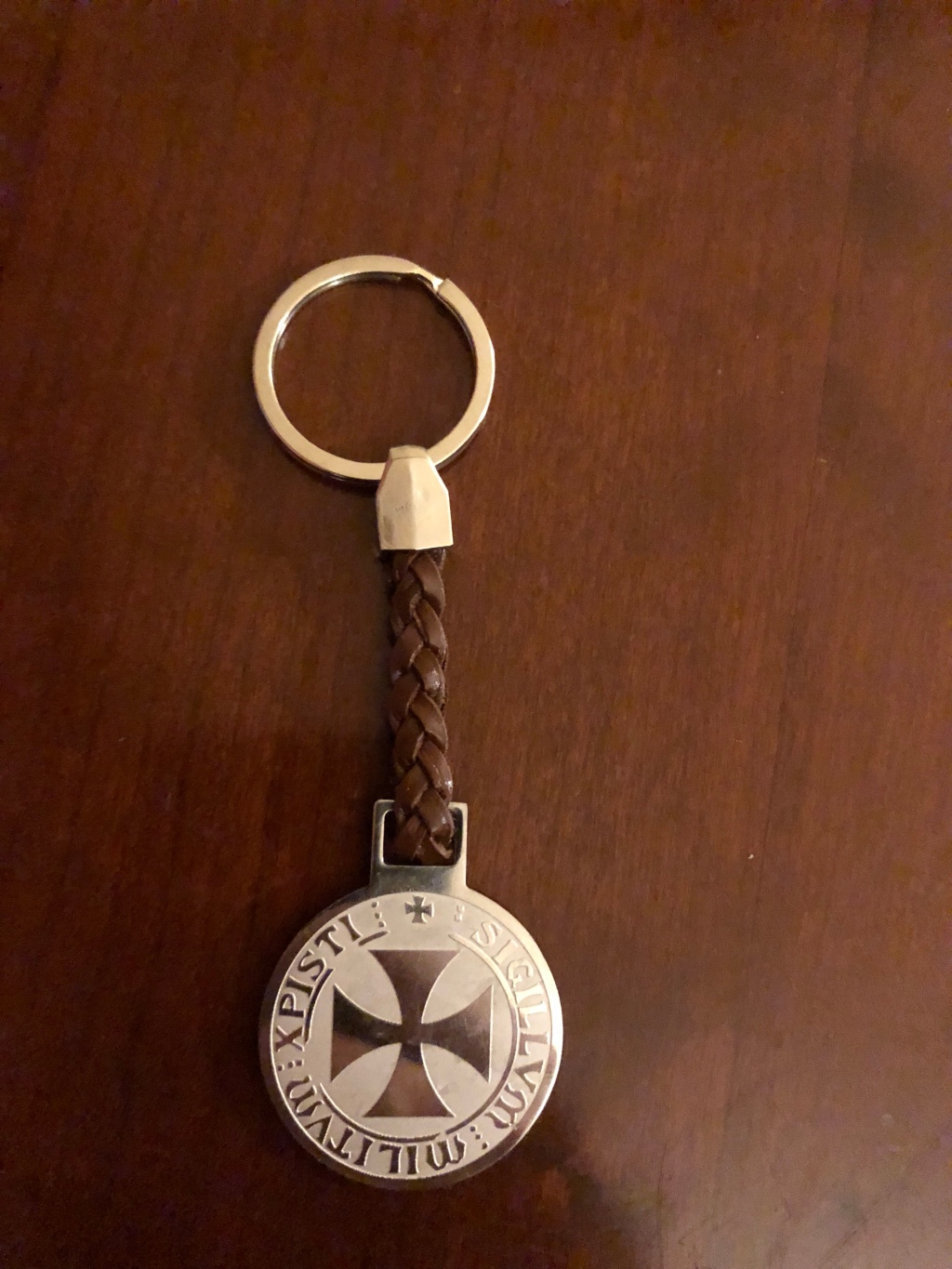 I was very touched by this gift from my friends Maria & Celina who said I was their knight on the road….