For those of you who know me a little, you perhaps won’t be surprised that one of the questions that quite often goes through my head….is what to wear?   This was no less the case when faced with the prospect of what to pack for a spiritual retreat.

However, with sartorial considerations aside, in September I managed to wend my way cross-country riding ‘shotgun’ passenger with my friend as we headed to the other place (for those of you not familiar with that expression, it’s how us Cantabrigians (Cambridge folk) refer to Oxford).

We arrived mid afternoon and I had something of the first day at school feeling, particularly as the Manor House reminded me slightly of my boarding school days.  Due to have slightly stronger needs than my companion, was sent to the room in the eaves of the building.

Having never been on a residential retreat before, I was unsure what to expect, but after a deeply challenging year and a busy working summer on church placements, I felt very much in need of some spiritual and emotional recharging.  As indeed did half the clergy of East Anglia, as I was struck, but impressed, how many ordained ministers there were taking time out of their busy parish lives in order to replenish to give back again.

I was delighted that a dear friend of mine who I first met as a teacher at my school was also ready for some downtime.

Given that this retreat house was very unstructured and with only an invited Bible Study and Prayer and Reflection after supper, one of the most beautiful things about our retreat was sharing Eucharist together every morning.

Another beautiful thing about the time was the settings of the house, both the immediate garden and grounds and the village that it sits on the edge of. An image that comes up with predictable and justifiable regularity for somebody considering the vocation of a dog collar, is that of Pastor and sheep,

so it was a helpful icon from my bedroom window of a field of sheep.

Whilst exploring the ridiculously picturesque village, I came across a herd of cows….well when I say came across, it was rather more the other way round, as when taking a selfie, I turned around to discover my arrival had caused quite a stir.

I know it is slightly cliché to say but their eyes were deeply soulful and I sensed that they knew far more than they let on.

As has often been my want in unfamiliar places, I sought sanctuary in the church of St. John the Baptist Church, Stanton St John.

I was delighted to find this Church unlocked, not possible for all rural churches, and furthermore, the combination of architecture, clarity of light and beautiful flower arrangements made for a holy trinity, I enjoyed spending time with the Almighty in such serene pastoral surroundings. 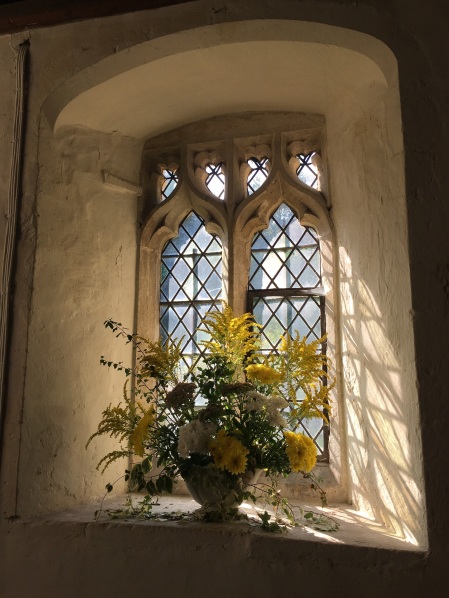 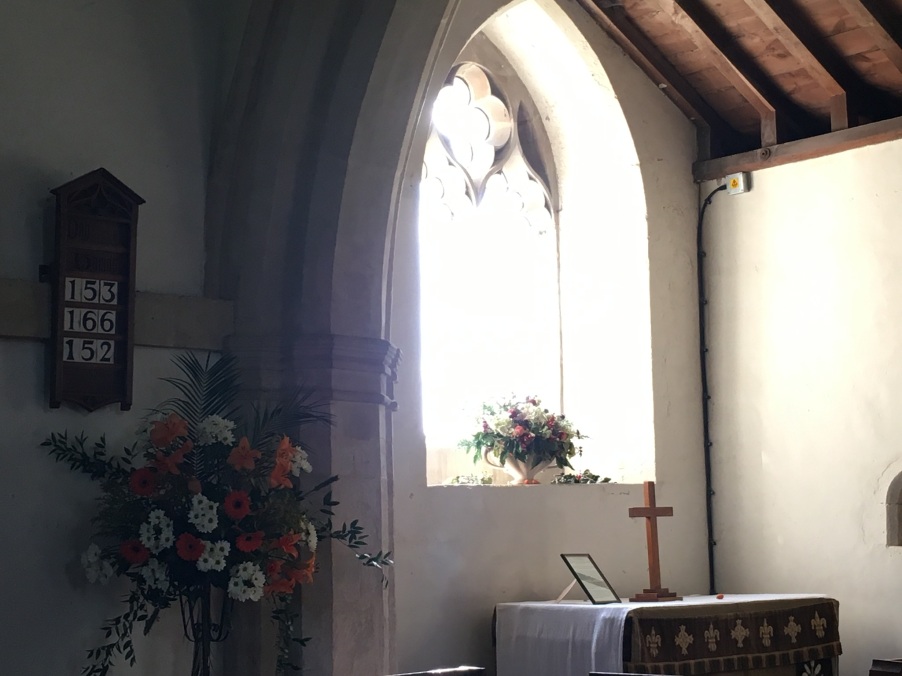 THOUGHTS & PONDERINGS OF A 40 SOMETHING CHRISTIAN, SPORTING A POCKET SQUARE, REFLECTING ON THE MODERN WORLD