How quickly were the days following that Easter Sunday and soon I was no longer thinking about drain covers, wobbly pavements and even wobblier political policies (although to be completely honest, I think once you have been a Councillor, you don’t really ever stop noticing those things.  Indeed the civic geek in me used to check out other countries recycling facilities when on holiday…..now that is being honest!).

My attention instead moved to home communion sets, the pros and cons of new and traditional language for baptisms and the etiquette for attending a children’s wedding as part of their RE Curriculum.  To explain, within a few weeks of standing down as a Councillor, I was embarking on the next stage of my journey with a Church Placement on the other side of Cambridge. 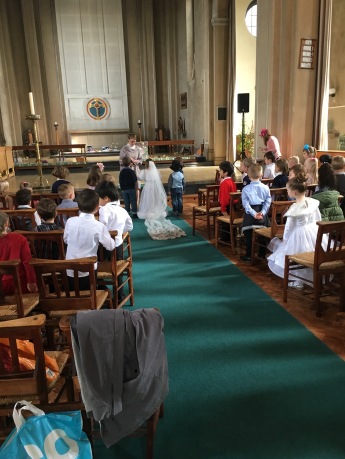 One of the first things I got involved with was a “global wave of prayer” which is the Archbishop of Canterbury’s initiative (Thy Kingdom Come. www.thykingdomcome.global

Encouraging people to pray for individuals, family, community and nation, focussing around the Lord’s Prayer. I offered to put a press release together and I was pleased that one of the curates was asked to be on the BBC Cambs Faith Show www.bbc.co.uk/programmes/p052q0wt (1 hr 23 mins in).

I took part in the daily reflection on the Lord’s prayer at St Clement’s Church.  Each day we explored different ways of praying from meditative reflection to drawing and journeying with different cultures and versions of the Lord’s prayer.  All of which re-emphasised in me how each of us connects and responds to different approaches.

I was moved how many people came through the doors of St Clement’s who had never been there before and indeed in particular at least one person who had never been in a Church.  This particular little girl was brought in by her mum who when confronted with the prayer for the Manchester bombing, loudly explained to her daughter about the prayer.  Just one example of the way that prayer continues to be part of the human response to the world. 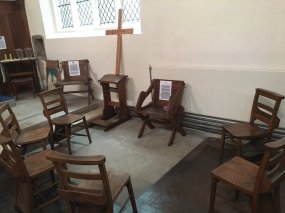 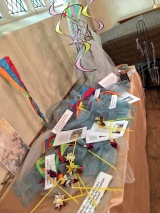 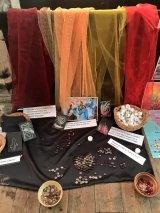 The last day of the week of prayer, culminated locally in Great St Mary’s.  It was an extraordinary and eclectic site to have some 250 Christians representing a whole variety of denominations praying and coming together amongst such ancients surroundings.  If anything can give hope in the darkness of the times we are living in, then surely it is the sight of all churches together.

Despite all their differences all stood together, committing to serving Cambridge in so many different ways and lit from the same candle of Christ.

That evening we prayed not only for peace, but that we may be the peacemakers.  It was in this act of solidarity that the holy spirit was truly felt and the meaning of Thy Kingdom Come, lives.

THOUGHTS & PONDERINGS OF A 40 SOMETHING CHRISTIAN, SPORTING A POCKET SQUARE, REFLECTING ON THE MODERN WORLD